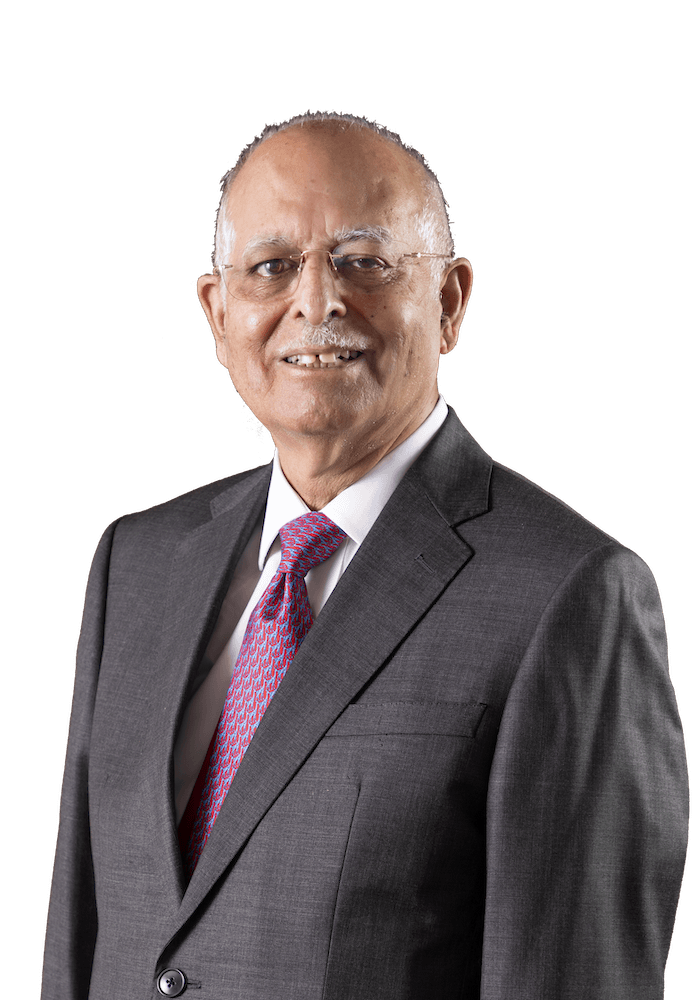 Vinod Dhall was the founding Member and acting Chairman of the Competition Commission of India (CCI).  He laid the groundwork for the eventual functioning of the Commission by preparing the draft regulations, framework for competitive analysis, and capacity building; earlier when in government, he was a key player in the enactment of the Competition Act itself.

He is an active and respected expert in competition policy and law, and is sought out for his high-level strategic advice and unique perspective on complex issues, including in mergers, cartels, abuse of dominance matters and compliance. He has advised global and Indian clients in several high-profile cases, both domestic and cross-border.

Clients comment on his “unquestionable understanding and pedigree”, find him “an expert amongst experts” (Chambers Guide 2015) and he is considered “a central figure in India’s competition law marketplace” (Indian Lawyer 250). Chambers and Partners Global Ranking – 2019 and 2020 ranked him as the only “Senior Statespeople” in the competition / antitrust field for India. He has also been recognised as a leading lawyer in the competition / antitrust field for India by Global Competition Review and Who’s Who Legal in their 2019 guide.

Vinod Dhall’s unique expertise and standing are also well respected amongst competition authorities; the Competition Commission of India engaged with him as an ‘expert of eminence’ for advice in devising a generic divestment order in merger cases. He has also been nominated by the Commission as a Non-Governmental Advisor for the International Competition Network.

His book on Competition Law, one of the first in India, has been commended as “a valuable resource” and “… an invaluable tool for readers who want to get an understanding of competition law issues.”

By accessing this website, you agree that you are seeking further information regarding Touchstone Partners of your own accord.  No part of this website should be construed as an advertisement of or solicitation for our professional services.  This website is not intended to provide and should not be construed as providing legal advice for any purpose.

By accessing this website, you agree that you are seeking further information regarding Touchstone Partners of your own accord. No part of this website should be construed as an advertisement of or solicitation for our professional services. This website is not intended to provide and should not be construed as providing legal advice for any purpose.

This website uses cookies to improve your experience while you navigate through the website. Out of these cookies, the cookies that are categorized as necessary are stored on your browser as they are essential for the working of basic functionalities of the website. We also use third-party cookies that help us analyze and understand how you use this website. These cookies will be stored in your browser only with your consent. You also have the option to opt-out of these cookies. But opting out of some of these cookies may have an effect on your browsing experience.
Necessary Always Enabled
Necessary cookies are absolutely essential for the website to function properly. This category only includes cookies that ensures basic functionalities and security features of the website. These cookies do not store any personal information.
Non-necessary
Any cookies that may not be particularly necessary for the website to function and is used specifically to collect user personal data via analytics, ads, other embedded contents are termed as non-necessary cookies. It is mandatory to procure user consent prior to running these cookies on your website.
SAVE & ACCEPT
1 Step 1
keyboard_arrow_leftPrevious
Nextkeyboard_arrow_right
Subscribe

Please fill in the details below to get our briefings, research papers and other communications